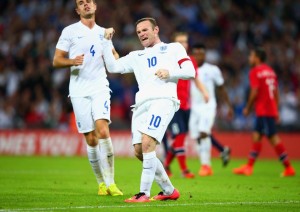 The new scale by which all England performances should be graded

Even with lowered expectations going into the World Cup, England still managed to disappoint, busting earnest attempts to back the young but all too familiar team like a pinata filled with empty candy wrappers being dangled over a toilet. And so it came as no surprise that in the team’s first match since returning from Brazil — an overpriced friendly against Norway — they played in a half-filled Wembley Stadium, giving those who did show up little reason to hope for improvement despite winning 1-0.

As uninspired as the wet cardboard in a default 4-4-2 formation performance was, manager Roy Hodgson still claimed England were “quite good” after the match, while also blaming the other skunks at their skunk conventions for not attracting more fans. But Hodgson actually makes an excellent point with his assessment. By now it should be clear that England simply aren’t among the world’s best, so instead of perpetuating the cycle of hubris and despair, it would be far easier on everyone to simply change the scale by which they are graded.