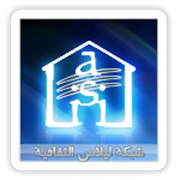 Brandy Allen, 31, is the Arkansas woman who was arrested on charges of shoplifting  and disorderly conduct after she tried to steal $144 in eye shadow from the cosmetics store Ulta on Labor Day, and her mugshot is pretty convicting.

A store associate saw Allen grabbing handfuls of makeup without checking the color or price. She had entered the store with someone who attempted to distract other workers and lead them away from the pilferer.

When the associate and a police officer approached Allen and asked to see inside her bag, she grabbed the eye shadows and ran her fingers over the tops of them in an attempt to make them look used. Judging by her mugshot, she then blindly ran said fingers over her eyelids.

Allen started cussing loudly in the store, saying, “No one [expletive] saw me steal anything.” After being booked at the Washington County Detention Center, she later posted bail for $850.